August 6, 2014 by Diana Evans In Centerplate News No Comments 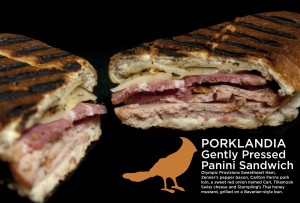 In anticipation of tonight’s match-up between the Major League Soccer All-Star team and European powerhouse Bayern Munich at Portland’s Providence Park, Centerplate—the exclusive hospitality partner to Providence Park and its home teams, the Timbers and Thorns FC—unveiled its concourse menus for an international crowd of guests hungry for a taste of the Pacific Northwest.

Already known by Portland’s fan base for the extensive variety of menus and locally-sourced food and beverage, Providence Park also welcomes first-timers attending the All-Star game to sample the stadium’s signature fan favorites, including:

“Portland is one of the world’s greatest food cities,” said Centerplate General Manager and life-long Portland resident, Ben Forsythe. “There is nothing more exciting than inviting guests from around the globe to get a taste of the Rose City right here at Providence Park.”