April 16, 2014 by Diana Evans In Centerplate News No Comments 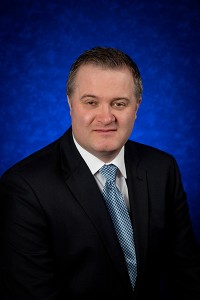 Centerplate, the global live event hospitality company serving more than 350 premier stadiums, convention centers and entertainment venues across North America and Europe, today announced the promotion of Adrian Dishington to the position of Chief Operating Officer of the company’s U.K. operations. The move was announced following the departure of Adam Elliott, Executive Vice President of Centerplate and President of UK operations, who will remain in a consulting capacity during the transition.

“Adrian is an outstanding leader with a track record of success in managing world-class hospitality enterprises,” said Centerplate President and CEO, Des Hague. “His experience building high-performing teams and adding value to relationships with clients, partners and colleagues across an array of operations ranging from 4- and 5-star hotels and luxury cruise lines to the highest-profile events and most innovative fan experiences in sports makes him ideally-suited to lead the Centerplate team in delivering outstanding hospitality to our clients and guests.”

In his most recent role as the executive overseeing Centerplate’s portfolio in the Pacific Northwest, Dishington was responsible for the region’s marquee venues, as well as several major capital initiatives—including the successful growth and renovation of the hospitality program at Seattle’s Safeco Field, which has become recognized as one of the best ballparks in Major League Baseball for food and beverage. His experience with high-profile events includes fan hospitality at the Super Bowl, Major League Baseball’s All-Star Game, the BCS Championship, and the Canadian Football League’s Grey Cup.

“I am extraordinarily pleased to have been selected to lead this talented team,” said Dishington. “It is an exciting opportunity at a pivotal moment in the company—to assume this responsibility and to work with exceptional clients and partners is a true honor.”

Originally from Scotland, Dishington holds a degree in hospitality management from the University of Dundee.