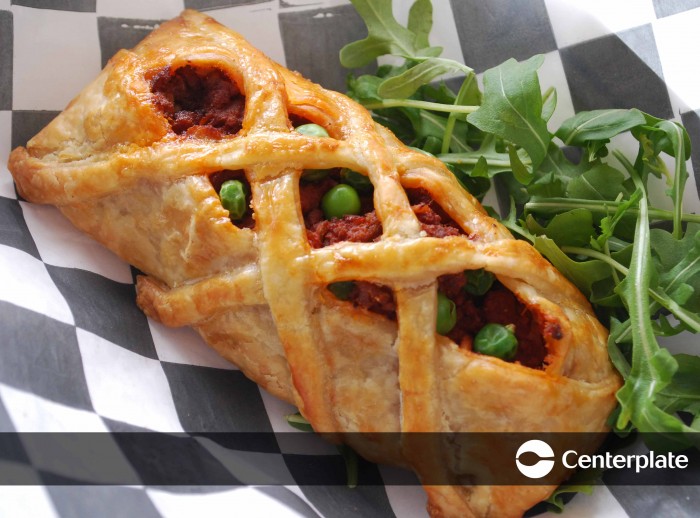 Washington, D.C. and Sunderland, U.K. (April 7, 2015) – Centerplate, hospitality partner of Major League Soccer’s D.C. United and the English Premier League’s Sunderland AFC, today announced the creation of the “transatlantic food exchange” between the two sister clubs. As part of the groundbreaking program, Centerplate will offer a traditional Steak & Ale Pie with “chips” and beef gravy—a favorite from the menu of Sunderland AFC—at D.C. United’s April 11th MLS home tilt at RFK Stadium with the New York Red Bulls. On the same day, fans at Sunderland’s EPL home game at the Stadium of Light against Crystal Palace FC will be offered a Torn Beef Baguette and fries, a twist on the American-style cheesesteak.

“This cross-pond exchange program with D.C. United and Sunderland AFC is a great example of promoting and sharing hospitality through the strength of our global network,” said Chris Verros, CEO, Centerplate. “Our executive leadership and venue partners continually work together to provide unique, one-of-a-kind experiences, such as this, making it better to be there at events and connecting communities for guests and fans worldwide.”

“This is a cool opportunity and an example of the growth and integration of our partnership with Sunderland AFC,” said D.C. United Chief Operating Officer Tom Hunt.

Ultimate fan prize packages are also available to fans at the games at each stadium on the April 11th matches. Prize packages include an assortment of DC United and Sunderland merchandise, local food items and 2 VIP tickets for a future home game at each stadium.

Gary Hutchinson, Commercial Director at Sunderland AFC added, “This is an innovative and creative approach in sharing some of the most popular dishes served on both sides of the pond. We share a strong relationship with both D.C. United and Centerplate and look forward to continuing this successful partnership.”

Centerplate fan survey comparison of fan behavior across the Atlantic.